Back to all articles

Suffering from  Geneva Motor Show media fatigue? Here’s our quick rundown of the great, the good and the must-do-better at the world’s best auto show.

The best – Magnitude’s Top 10 cars of the show

Completely ridiculous but cool at the same time. The £250,000 price tag shouldn’t put off the target audience but you probably wouldn’t want to spend too much time as a passenger in the back.

Aston Martin’s designers can do no wrong at the moment. The new Vantage is drop-dead gorgeous (in car journo speak “achingly beautiful” ) has tons of interesting personalisation options and a stonking AMG V8. No wonder Aston Martin is back in profit.

This design will undoubtedly be too fussy for some, but the Zonda was an instant classic when it arrived on the scene in 1999. Weighing just over 1200 kg, the HP has 789 bhp on tap, so with that lowered, wraparound windscreen, you’ll really need to hang on to your toupe!  The HP stands for Horacio Pagani – if it’s good enough for the Argentine design genius…

Just 80 Regeras will be built and all 80 are already sold with the two on the stand due to be delivered immediately after the Geneva show.  The top-line performance figures are almost secondary to the technical touches and Christian Koenigsegg’s “mad-scientist” approach to problem-solving and car building.  This car – the Regera d’Elegance – was finished in Swedish Blue which looked remarkably similar to Bugatti’s signature colour…

Although they certainly wouldn’t describe themselves this way, Polestar is Volvo’s electrified/ performance brand. The Polestar 1  is their first car – a 600 hp hybrid with a 150 km electric-only range. This is a typically well-executed Swedish design package which covers both supercar and electric car bases in one design. Coming to a Polestar showroom near you soon.

It looks great and only 20 will be built, but can we take a Croatian supercar company seriously? Koenigsegg and Aston Martin certainly do – Rimac produces the battery for the Koenigsegg Regera and upcoming Aston Martin Valkyrie…

Sometimes there are cars that make you think “They need to build this!” – this is one of them. Predicted to be a Bentley Continental/ Aston Martin DB11 Competitor.

Pretty much everything about this car impresses and in many respects, the I-PACE is the future of transport. Good looks – somewhere between an SUV and a sports car – great packaging (one of the benefits of electric vehicles), strong performance, decent range and a good price.  These will sell like hotcakes.

There’s not much to say about the Pista that hasn’t already been said, and no one outside Ferrari has yet driven it so we’ll have to wait to see how good it really is, but it drew the biggest crowds at the show and looks incredible. 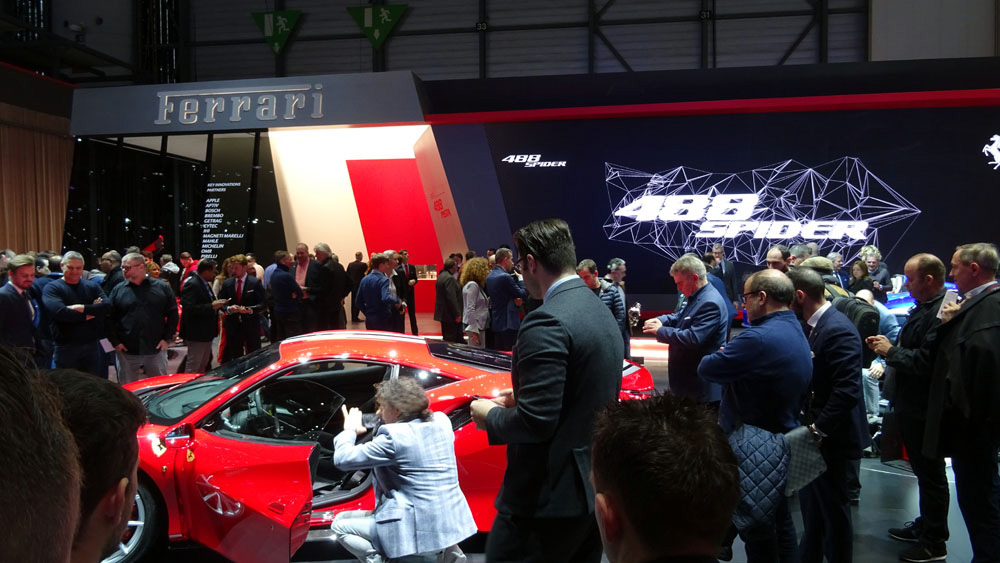 “A new kind of luxury mobility”, as Aston Martin put it. If we’re all going to be driven around in the future, this is definitely the car that you want to do it in. Electric, autonomous and beautiful. 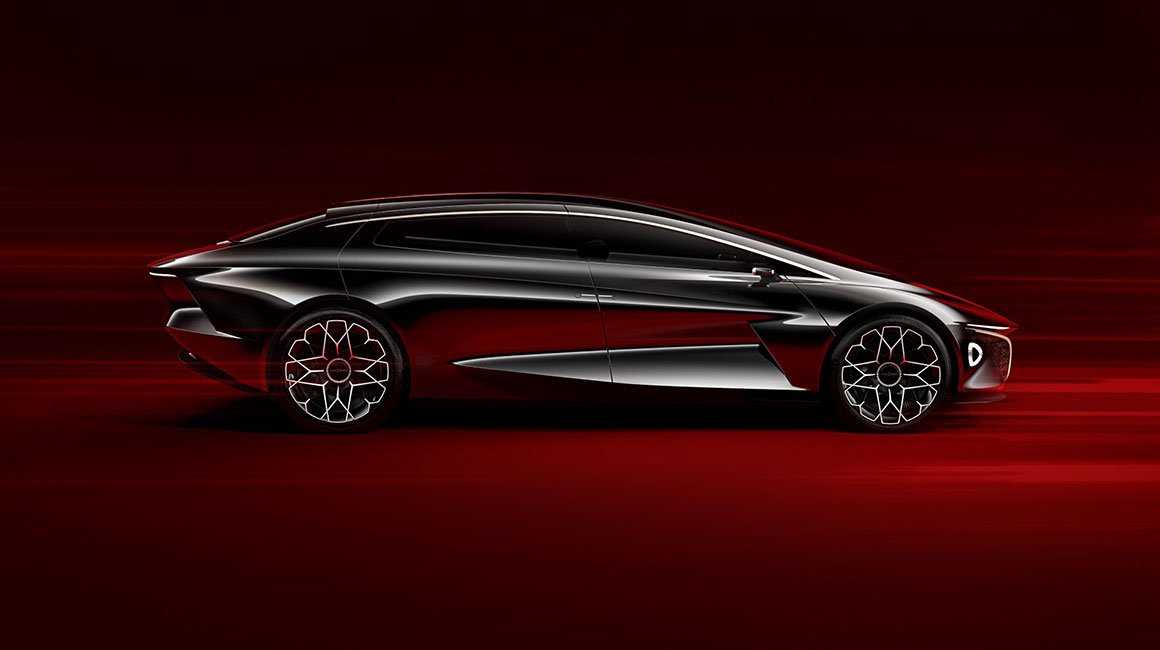 We felt we should include this in our Top 10 but didn’t. The singularity of purpose, performance and attention to detail are inspiring and the aero so outrageous that you felt like you could have fallen into some of the ducts, louvres and flaps.  The problem with it is simple, and McLaren aren’t apologetic; it’s no looker – and anyone who tells you it looks better in the flesh hasn’t seen it in the flesh… McLaren Senna – a new niche?

Oh dear, what can we say? Looked worse in the flesh than it does in this rather poor photograph, although the fact that the stand was so poorly lit was probably a good thing.

Loathe them or love them (someone obviously does), the Mansory stand is always worth a visit. This Carbon & Swarovski crystal Veyron stood out for all the wrong reasons, but at least it won’t mark if you put a hot cup of tea on it…

There was much to like about the Dubai-based supercar company’s second sports car – the pronounced proboscis on the front wasn’t one of them.

What makes the Bullitt stand out is not the 14 more horses, extra kit and Highland Green paint, but the fact that Ford is still milking the Steve McQueen connection 50 years on.

Any cookies that may not be particularly necessary for the website to function and is used specifically to collect user personal data via analytics, ads, other embedded contents are termed as non-necessary cookies. It is mandatory to procure user consent prior to running these cookies on your website.